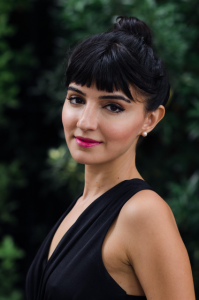 Aysen Idil Milliogullari, soprano, is a second-year doctoral student in Vocal Performance and a graduate teaching assistant at the Fred Fox School of Music, University of Arizona. She received her master’s degree in Vocal Performance from Mannes School of Music |The New School, and was accepted into the bachelor’s degree program at Ankara University State Conservatory with the highest distinction. She won the First Prize in the Amelia Rieman Vocal Competition in 2022 and Third Prize in the Marguerite Ough Vocal Competition in 2021. Upon graduation as an undergraduate, she was accepted to the State Opera House in Turkey as a permanent opera singer. She sang as a soloist in the project Bach Alla Turca at the Istanbul International Ballet Festival and in the Maria Callas Memorial Concert, which was also a season-opening concert of Samsun State Opera House. Some of the highlight roles she has performed include Laurie in The Tender Land, Sister Genovieffa in Suor Angelica, Oscar in Un Ballo in Maschera, Pamina in The Magic Flute, Micaela in Carmen, Lucy in The Telephone, Papagena in The Magic Flute, Turnspit in Rusalka, and Nihal in the Turkish opera, Ask-i Memnu.

Along with baritone Zhong Liu, she will perform excerpts from The Magic Flute at the orchestra’s concerts on December 3 and 4, 2022.