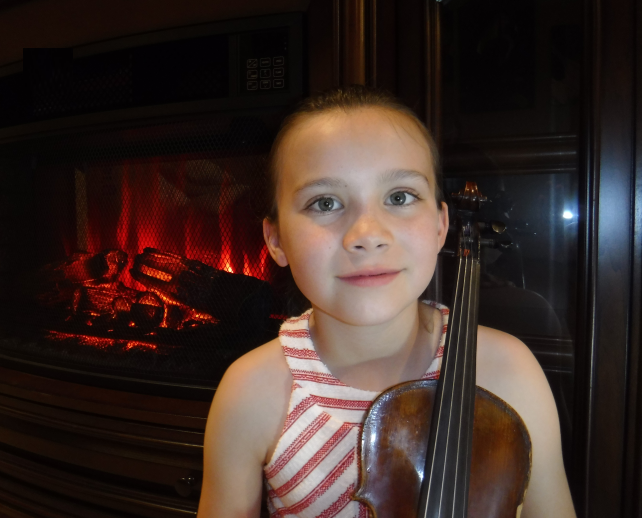 Jacqueline Rodenbeck is an 11-year-old 6th grader at Casas Christian School. In 2013, when she turned five years old, she began her violin studies with Kathryn Harpainter and then Anna Gendler at the Tucson Youth Music Center. Jacqueline describes her passion, “I close my eyes and I can feel the music.”

Jacqueline is a four-time winner of the Junior Strings Division of COT’s Young Artists’ Competition: she was awarded first place in 2016 and 2019, and second place in 2015 and 2018. In 2017 she won third place in the Tucson Symphony Orchestra’s Young Artist Competition, after which she was featured on KVOA News Channel 4.

In the summer of 2016, at age 8, she was accepted to the Heifetz Institute Program for the Exceptionally Gifted (PEG) in Virginia as their youngest participant, and then returned in 2017 and 2018. She currently takes violin lessons with Prof. Timothy Kantor at the U of A. Jacqueline also enjoys math, reading and science, as well as playing with her youngest sister, Sophia, and her puppy, Luna.

Jacqueline will perform the first movement of Felix Mendelssohn’s Violin Concerto at the May 5 Pops concert at Reid Park. She plays on a custom-built half-size violin made in 1897, courtesy of Ron Gilbert of Dallas Strings.