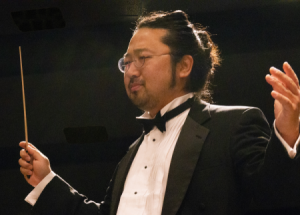 Keun Oh had served as an assistant conductor for Maestro Ronald Zollman, a music director at the National Orchestra of Belgium, and for Maestro Thomas Cockrell, the music director of Arizona Symphony and Opera in the Ozarks. He has been working with various orchestras including Arizona Symphony, Carnegie Mellon Philharmonic, Budapest Symphony, and Orchestre Victor Hugo Franche-Comté. He was also invited to conduct at many events such as Stravinsky Festival and Latin Music Festival, and continues to expand his presence throughout Asia, Europe, and North America. He has been carrying out successful performances of Mozart’s Die Zauberflöte and Der Schauspieldirektor, and Menotti’s The Medium and The Old Maid and the Thief, Donizetti’s L’elisir d’amore, J. Strauss’s Die Fledermaus, and Rossini’s La Cenerentola at the University of Arizona Production.

Keun Oh is an active composer who studied music composition under Sungho Ji and Daniel Asia. His choral and chamber works are performed around the world. Serving as the conductor at Carnegie Mellon Contemporary Ensemble and Arizona Contemporary Ensemble, he collaborated with many contemporary composers and premiered their works.

Read the article by Cathalena Burch in the AZ Daily Star.

Read the Press Release from the orchestra.