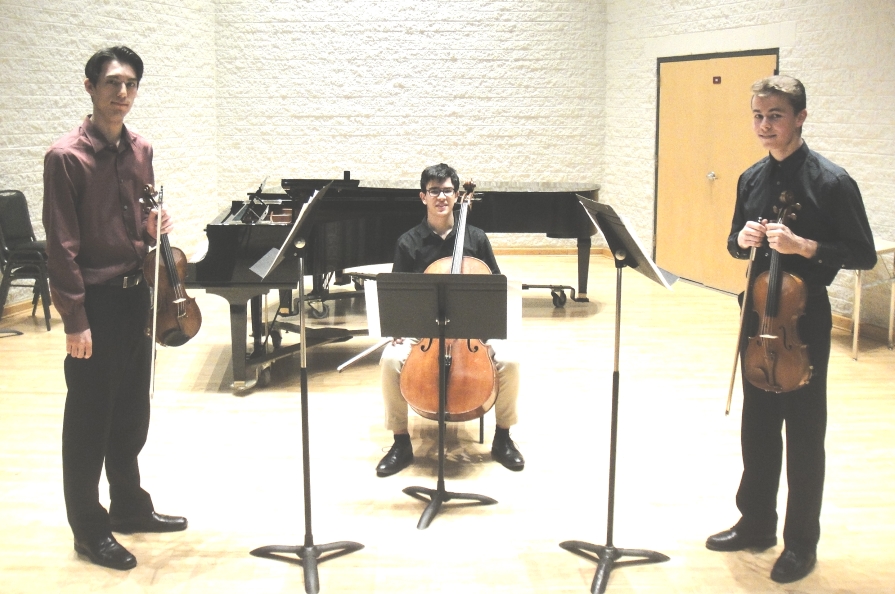 At the February 5, 2019, Benefit Concert & Silent Auction to support the Young Artists’ Competition, this string trio will perform:

Andrew Nix, a high school junior, has played the violin for 14 years. He learned the viola specifically to play in this ensemble. He has played in Arizona All-State and Idyllwild Summer Orchestras and is currently co-concertmaster of Tucson Philharmonia Youth Orchestra. As Sr. Strings Division winner of the 2018 Young Artists’ Competition, he performed a solo with COT. Goals include auditioning for the National Youth Orchestra, New World Symphony, and eventually a prestigious orchestra such as the Chicago Symphony.

Nico Miller, 16, is a junior at BASIS Tucson North. He has been studying cello since he was six years old. In 2015, he was named a winner of the Tucson Symphony Orchestra’s Young Artists Competition. Nico also enjoys playing piano, composing music, and reading classical Chinese poems.