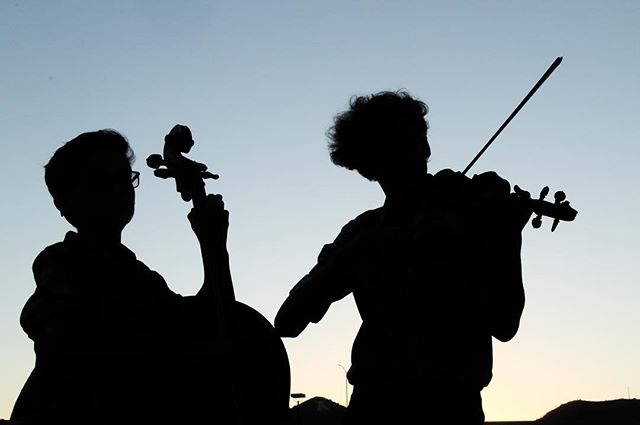 Young MacDonald is an acoustic fiddle and cello duo that plays unique musical arrangements from a variety of traditions: Old Time fiddle, Bluegrass, standard and gypsy jazz, and classical styles. They released their first CD—“Poundcake”—on November 30, 2018. 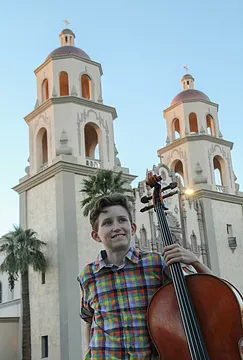 From the young old age of 7 Lee was asked to accompany his older brother on the cello. Graciously, he accepted this invitation, and his studies began with Professor Theodore Buchholz of the University of Arizona. Currently Lee studies with Mary Beth Tyndall and Nick Coventry. In 2016 he won 2nd Place in Tucson Symphony Orchestra’s Young Artist’s Competition, and 1st Place at the Tucson Cello Congress competition in January 2018. He and his brother Will placed 1st in the Civic Orchestra of Tucson’s Young Artists’ Competition’s Ensemble Division in 2018. Lee has played “back-up cello” in numerous fiddle contests in the Southwest and in the National Old Time Fiddle Contest in Weiser, Idaho. In addition to his work with the band Copper Wren, he holds up the cello part of the duo in Young MacDonald, and can be heard regularly with his brother in venues all around town. 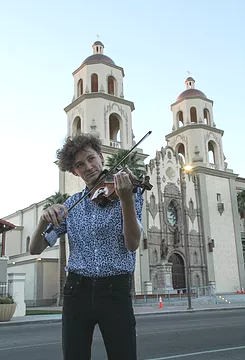 Will began studying classical violin at the age of 5 with Mutsuko Tatman through The Symphony Women’s Association Music School in Downtown Tucson, Arizona. When he was 6 he started playing the fiddle. His first fiddle teacher was Laura Barry. He also studied for three years with the accomplished teacher Wynne Rife. Currently Will studies privately with Nick Coventry of the Tucsonics and Black Market Trust and Matt Rolland of Run Boy Run. He has enjoyed three years of music composition through Tucson Symphony Orchestra’s Young Composer’s Project under Ilona Vikovic-Gay. In 2015 he was a finalist in TSO’s Young Artist’s Competition. He became the Arizona State Overall Fiddle Champion in 2017, and held his title in 2018. He and his brother won First Place in the Ensemble Division of the Civic Orchestra of Tucson’s Young Artists’ Competition in 2018. At the National Old Time Fiddle Contest in Weiser, Idaho, Will won the Swing Division 17 and Under, third place with Madison Dietrich in Twin Fiddle, and “Fanciest Fiddler” in the Certified Division in June 2018. In addition to his work with the band Copper Wren, Will enjoys playing classical, jazz, old-time, and bluegrass all over the Southwest with his brother Lee in the duo Young MacDonald.