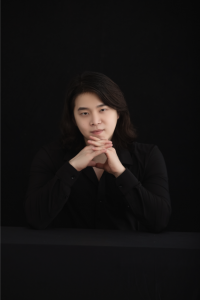 Zhong Liu is a baritone with rich experience in operatic works. He has mastered advanced voice techniques and has participated in a large number of concerts and performances. In 2014 he participated in Wuhan Wenhua Culture Academy, singing excerpts from Le Nozze di Figaro, Don Giovanni, and I Puritani. He took part in MNET Asian Music Awards Competition Winners concert in Berlin in 2016. He has also participated in the Bellini International Competition’s Winner Concert in Wuhan in 2019. He has won many awards as a baritone, even at a young age. In 2015, he won the First Prize in Wuhan Conservatory of Music, 1st German/Austrian Art Song Competition. In 2016, at the 1st German Lieder/Schumann Lieder Competition in Wuhan, he won 2nd Prize. In 2017, he won the 3rd Prize in the Renato Bruso International Voice Competition in Wuhan, China, and in same year, he won the Gold Award at the England International Arts Festival in Music. In 2019, he won the First Prize at the Bellini International Competition and in same year he won the Golden Prize in Korea. He received his bachelor’s degree from Wuhan Conservatory of Music and master’s degree from Boston Conservatory. He now studies at the University of Arizona with Professor Andrew Stuckey.

Along with soprano Aysen Idil Milliogullari, he will perform excerpts from The Magic Flute at the orchestra’s concerts on December 3 and 4, 2022.